California is one the biggest states of United States. Estimations show that 39,5 million people live in California state. As of 2015, there are 14,5 million registered cars in CA. Only 230,976 of them are owned by public authorities.

There endless roads and highways in California but do you know how many car accidents happen in California and how many people have died in car collisions?

This means in every fatal accident, 1,1 person has died in state of California. But the good news is; every year since 2005, number of fatal collisions seem to be declining.

When we look at the injury numbers, the overall picture is not good enough. At the same period, 2,5 million people were injured in car collisions. This numbers proves how important is to be a good driver and obey the traffic rules even sometimes they bother us. 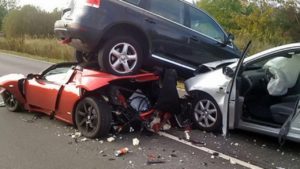 While in 2005, the death rate according to mileages made by vehicles were 1,31; in 2014 this number dropped to 0,93. This is the good news from California state roads.

In California, most accidents happen to be in fall, namely starting from September, collision numbers seem to be increasing during winter season.